Wow, it felt like time has suddenly stopped.  Everything was in slow motion,  just like in the movies.  Both of us staring at one another waiting to say something…

Miss FAY is back .

Continuing where she left off.

Finally I said asked him “WHAT THE HELL ARE YOU DOING HERE!?”,   Tate Fire looked at me with his sympathetic eyes, something I’ve never seen in him before guys. I didn’t understand what was going on and that freaked me the hell out but I kept my poker face strong.

My anger just couldn’t give him the chance to explain himself, I kept posing question after question still standing in my front door. There was no way in hell I was going to let him in my house again after what he had done, let alone invite him in my bed, yes yes I was also just in another strangers bed not too long ago but that isn’t the point.

He finally said, please let me in so I explain. While walking to the sofa in my living room he started explain himself,

I know you’re fuming  inside and have plenty of questions and you’re angry *mara please try to understand what I’m about to tell you. It  will probably sound crazy but it’s the truth.

I immediately interrupted him and asked who was up in my bed with you, this is me wanting to throw a whole fit but I needed to calm down because remember guys I’m not exclusive with this person, I mean we not an item  item yet *lol. Can’t believe I was sobbing like a lil’girl when I found the bra in my bedroom *etse, like I got candy taken away from me *laaag as I thought to myself. We sat on the sofa with my dramatic self still in play, trying to keep my composure.  I’m such a drama queen really.

Looking into each other’s eyes Tate Fire said “Fay, I would never hurt and/or disrespect you like that or in any way that may have you feeling like this.  I truly am sorry but you have it all wrong.” I looked at this person thinking to myself that this mother fucker got to be joking or maybe he thinks I’m crazy or some shit.  He was busy saying “Yes, you found a bra that’s obviously not yours but I swear It is my sisters’ bra,”. I looked at Tate Fire all confused as fuck and asked “huh”? he continued telling me that his sister called him up drunk at some bar and that she almost got raped so he brought her to my house cos he didn’t know where else to go.

*Etse, guys I was there looking like a total fool and just wanted to be buried in that instance *sowaar but than I asked him why he just didn’t call to tell me what was happening, than he continued saying, “she had probably left her bra in your bed in which she slept in and I know I should’ve called or texted but I just didn’t want to disturb you on your trip.”  I know how hard you’ve worked for this and you wanting your promotion and all so I just left to tell you when you’ve gotten back but I got so busy with work and my sisters almost attempted rape case he said. I’m honestly so sorry for not letting you know but I knew once some heat had blown off I was going to come to you until tonight where I just couldn’t take it anymore, the case had me running left, right and centre because we can’t find the culprit and my sister is having a hard time remembering the actual details that can help with the case as he continued to explain.  I was left shook guys, there I was all speechless and embarrassed.

All that came out of my mouth was “Is she okay?, oh my God this is really heart breaking.  Tate Fire said that he actually wanted to take me out to dinner tomorrow and tell me everything but he just couldn’t wait any longer to see me.  I brewed some tea for us and got talking  into details about what happened to his sister. I could not help but feel like a whore when I had flash backs of Mr Marcel “my one night stand”.

It was getting pretty late and we didn’t seem to care about what time it was as long as we were staring at each other’s eyes, *eto kinda romantic man.  Didn’t realize that I missed sharing staff with him until now. I loved it all, laughing with him and seeing his smile drove me cray cray to be honest. He finally asked if he was forgiven and I just couldn’t help but say yeah, but for now only.  We both started laughing until he came in for a kiss. My gosh how I missed his lips *mense, soft, tender and a passionate kiss is what I got, one that nobody could ever give but him. As we were making out my punanie started acting up again *mara this bitch really has no manners.  Luckily nothing happened other than just us making out because my rejection game was way to strong even if my punanie was screaming for Tate Fires dick, I just had to play safe.

I realized we both had fallen asleep on the sofa when my alarm went off at 5 am, honestly that was the most peaceful sleep I’ve had in a long time.  I felt so safe and secured sleeping in Tate Fires arms. Those muscle were as soft as a pillow *julle, and it’s weird because they look so hard and firm from a far.

Good Morning he said to me and I immediately smiled from ear to ear.  Rubbing off my cornflakes from my eyes because ya’ll know some of  us “don’t wake up like”, *lol. Should I ran the bath water *of sal jy mar net huis to gan en daar lop bad? I asked him, homeboy immediately said “*Aye, I’m home *dan already, and besides I want to shower with you this morning”, while giving me a kiss.  He whisked me up in his arms and took me to the bathroom, yaaaaaasss he carried me all the way to the bathroom people. At first I was contemplating if the shower thing would really work because my hair guys, the water hits different when your hair is natural *julle, hahahaha!!!

I quickly ran to the kitchen to switch the coffee maker on.  I went back to the bathroom and found him already in the shower, *etse a whole butt naked man in my shower and I knew I had to jump in to wash his back, nah fam fuck my natural hair guys.  This man is Thor gyuys, if not Thanos. Perfectly sculptured from head to toe, dear Lord, how the water came pouring down his glorious body made my nipples hard as fuck and my punanie wanted to play.  I got in the shower and touched his back, massaged his muscles while kissing him. His hands went from side to side ’till they got down to my punanie, I swear this person is the master on fingering man.  How does a whole man know when and where to touch like this?. Mourning from pleasure as water came down pouring. He said I was *hella wet when he picked me up and inserted his dick in me.  Up and down he kept stroking. Say my name he kept saying, whose pussy is this he kept asking while pounding the shit outer me against my shower wall.  Sucking my breast and water just kept on falling. My gosh this morning shower sex has never been this amazing until Tate Fire came along *sowaar.

The part came where he said he was about to come but I held him back because there was no way in hell I wasn’t going to get some of this pleasure even if I was getting it the whole time.  I guess I just wanted more of him *verstan julle. I made him stand upright while I went down on him, first played with his dick with my hands, stroking and sucking while staring in his eyes and from the look of things he was loving it as usual.  Deep throat his dick to a point I was gagging but this homeboy loved it anyways. Water pouring still on top of my head and *my hare mense, duermekaar soos a hul bos, *lol, but it was worth it because homeboy came all up in my mouth and shit, YEAH, YEAH, OH YEAH FUCK IT FAY!! he says as he’s cuming.

He makes my whole body smile!

Thank you for reading!

I’d like to find out if your guys experience the similar situations. 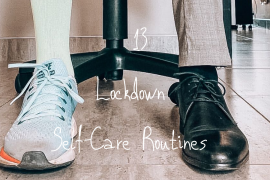 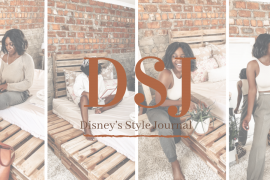 Disney’s Style Journal: My Top 4 Outfits during the COVID-19 Lockdown