To my makers, I am because of you,

I hope you look at me and think your sacrifices were worth it.

Two weeks after my supposed due date my late mother told me, on a damp summer night.

I celebrated my 38th birthday a few days ago.

I know, a woman should never reveal her age, but hey, I am not just any woman.

I’m always excited about my birthday, when I was younger I gave my parents such a tough time, because with each birthday, a big parry had to be held, always.

I just cannot think of my birthday as any other day, because it is not!

My 16th birthday was a garage party, back then that was a thing hosting parties in the garage. Hilarious, right?

Lots of friends, a huge sound system pumping out songs of 112, and laughter.

I always thought of myself as SPECIAL.

We are all special…

My 18th birthday was a pool party at Dollies – aka the infamous Dolphin Park at the coast.

We got a lift with a friend’s Dad, he drove a 3L, V6 Nissan bakkie and never showed to pick us up later the day, so we had to hitchhike back home.

Still we had mad fun. I still have an awesome picturesque memory of that day.

It was on that day, that I promised myself, my first car would be a Nissan 3L, V6 bakkie. Something I definitely laugh at now.

My 30th birthday, was 2 months after my mother passed on, so I did not want to celebrate, I got a mobile tattoo artist to come to my place and I got my mother’s name tattooed on my wrist.

I cried a river that night, due to the physical and emotional pain.  My niece kept filling my glass with red wine and this also contributed highly to my state of mind. That night I was swayed in celebrating the big 30, so a few days later we had a rooftop official party at the then Kalahari Sands Hotel (Avani).

Sadly as one grows older, certain things do not carry as much weight as it did in your life.

Since my mother’s passing, celebrating my birthday became nonexistent.

Now that I am a mother, I am trying to teach my son the importance of birthdays and we make a huge hype out of it.

We hype up other people’s birthdays so much that by the time November hits, I am exhausted and mine just slips through the cracks, unnoticed.

This year was no different, I didn’t plan on celebrating, and I however did spend a day with two close friends prior to my birthday.

On my birthday, I woke up at 3AM ridden with flu. FLU AGAIN!

I was lucky enough to be off and did not have to go to work and I could travel to see my son and close family for the weekend.

I looked and felt horrible! It definitely did not feel like my birthday.

I could pick up my son at daycare, things I took for granted but which brings definite joy to my heart now. He insisted I take him to the shop so that he could buy me flowers, with my money of course and then I had to take him for a waffle at Spur. See video..

I have been taking stock of my life on the brink of Chapter 38 and I want to share the following: 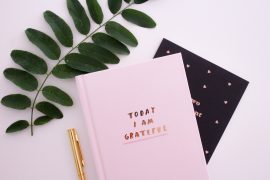 Curvy Scorpio: The Meaning of Christmas