‘’I was gasping for air.

I felt light-headed and nauseous.

I finished matric, I did fairly well, but I could have done better.

PLEASE DO YOUR BEST, ALWAYS!

PS: this is why I am an adult student. I didn’t give my best when it mattered.

I am not academically challenged. I just like playing excessively and I bore easily. That is what happened in my matric year.

My list of to do-s as a matric pupil consisted of being part of the school choir, volley ball team, sub – editor of the school newspaper, Head Girl of the SRC, and a weekend job. (Amongst Others).

I could not attend University due to financial constraints but I refused to man a cubicle at a local retailer for the rest of my days, so I resigned.

I heard, matter of factly, that the Police were recruiting, I applied, and forgot about it until I got the call one day.  Six months of being idle at home came to an end as I was summoned to the Police College. I had eight bags, yep 8, thanks to my late mother. Bless her soul.

As we pulled up to the entrance of the Police College, Police Officers,  were waiting for us, with expressionless faces and sweat on their brows and when the bus came to a halt, they shouted at us to get the f… off!  We had to take our belongings and run the few meters to the college, meters yes, but it felt like hundreds of kilometers, because, unfit was my second name.

Hours of military, shenanigans ensued, running, rolling in sand, drilling, jumping, and and... If you ended up fainting, you just had to get up and get back right into it.  After hours of this torment, dinner was announced and we were directed to the eating hall, the girl behind me fainted of exhaustion and hunger, no one dared to help her. It was a jungle, we were filled with fear of the unknown.

I will never forget our first meal, it was samp and meat, and having very peculiar taste I could not stomach that meal, not after everything I have endured that day. I finally scraped together enough guts to walk out of the eating hall and as I attempted to scrape the food into the dustbin, I heard someone saying: (Can I have your food, I am still hungry?).

I froze at first, but hearing the husky male voice I relaxed.  The person talking to me was a fellow student, and when I looked at him, with big sad eyes, he asked; ‘’is it your first time away from home’’?  I nodded and broke out in tears, he immediately pulled me into his embrace, not caring if we would be seen by the ‘’authorities’’ and what trouble such a hug would get us into yet he gave me the warmest of hugs my soul needed.

I trusted him instantaneously.

He had the most open face I have ever seen, with a perfect set of white teeth, an almost saintly smile, he laughed from the pit of his tummy and it was so infectious. He was naturally handsome.

Years later, I still envisage this is what it must feel like to fall in love eventually, looking someone straight in the eye and knowing, where you belong for the rest of your days.

A feeling that doesn’t come by every day.

That was the beginning of a long and beautiful friendship, outside the dining hall of the Police College.

We were inseparable and he protected me like his own flesh and blood.

We would have huge fights and silent wars, but in the end, we would find our way back to each other again.

It broke my soul, and it broke my heart too, irrevocably. I don’t think one ever recovers from losing the love of your life, not to death at least.

Last week on the 11th of March 2020 was supposed to be his 39th birthday, and the entire week was filled with memories of him, I couldn’t let the chance go by without sharing what he meant to me with you.

I am sorry this world could not keep you safe. 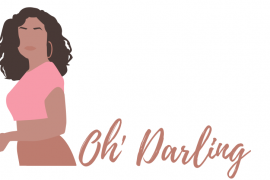