Amongst the chaos that has transpired in the last week with regards to racism, I have decided not to write about it.

Do not get me wrong, I am not on the fence about this, I just have something more pressing to share right now, not that I am saying racism is not pressing.  Something else is happening in society, something grotesquely also pressing that we at times choose not to talk about, something which we tend to turn a blind eye to because of shame, scandal, whatever our reasons might be.

And that thing is called,

The last two weeks, I have come across the following thread on Twitter and I was immediately drawn to, and the moment I read the first tweet, I saw more of these tweets:

‘’I was 15, it happened to me at a party, twice by someone I didn’t know and afterwards by my friend’’

Eventually, I stopped reading the multiple threads because it was too distressing.

Here is my story:

I was about 11 or 12, when it first happened. I was not educated about the bird and the bees thus I had no idea what was happening when my perpetrator tried it at first.

My perpetrator was a very familiar family friend, who occupied the church benches with us every Sunday.

It happened at least once or twice a week, for many years with adults in the other room.

I have removed the finer details out of the crevasses of my mind, and he made it seem like playing.  I don’t know why I never said anything.

I still see him from time to time. He is a grown man now, he was back then too, but karma is a b..tch, his life is in shambles, has his own family, and I wonder what he will do if something similar happens to his daughter?

I was 18 when it happened again. I know right?

This time I was an adult, I knew about saying no.  I have never been with a boy in that way after the family friend sexmantics.

I managed to get myself out of his sex filled fantasy world when the family ties broke.  This time I knew the person liked me, it was in a college set up, away from home. Maybe I gave off a certain smell that said, he can try it with me?  I tried everything in my power not to provoke the person further, I tried to disappear…

I was a tomboy, how attractive or sexually appealing could that have been?

One night he lured me to his room, overpowered me, pushed me on the bed and had his way with me, I do remember saying NO!

When his body shuddered on top of mine, he got up and freed me, and I went to my room and took a shower, unknowingly, I destroyed the only evidence that would keep him accountable.

I said nothing to no one.  I mean, it was my word against his, he was in an authoritative position.

I called my mother a day or so later and I remember what I told her: I said, someone did something to me that I did not like.

As a family we agreed to open a criminal case. It was so daunting and embarrassing. At the end of the day, my second perpetrator was acquitted, NVM.

I have healed, or so I think. What I actually want to say is, let us keep our eyes and ears open. ALWAYS.

Especially when it comes to our children.  Let us educate our children so that they do not suffer at the hands of perverts.  Let us normalize talking about rape in our households, so that it is not a taboo subject to bring up if confronted with it.

And to those of you out there who still have not healed from their ordeal, here is one reason to heal:

Heal in order to give your soul a break.

Ps: I am sure some will be feeling dungu about what I have just shared and have never shared with them, well, I am sorry I never shared it with you, I had my reasons. 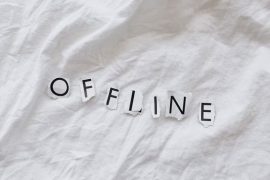 How to go offline for a while