Festive season is around the corner and for those susceptible to gout, they start anticipating their next acute attack from the excessive meat eating and alcohol use. I feel there’s quite a few misunderstandings that arise in people concerning this condition so today we’ll bust some myths and get more informed.

So what is Gout?

Uric acid is a by-product of cell breakdown and is present in the blood because the body is continually breaking down and creating new cells. The uric acid level becomes abnormally high when the kidneys can’t eliminate enough through the urine.

The body may also produce very large amounts of uric acid because of a hereditary enzyme abnormality or a disease such as cancer of the blood (cells multiply and are destroyed rapidly).

Some types of kidney disease and certain medications can also impair the kidney’s ability to eliminate uric acid.

Crystilisation of uric acid occurs because these joints are cooler than the central part of the body (crystals can also form in the ears and other cool tissues in the body.)

Although gout is more common in men past middle age it can also occur in younger males as well as women who have reached menopause. Gout in people who develop symptoms before 30 tends to be more severe than in the general population.

The most important step in the treatment of gout is controlling the inflammation to relieve pain. Colchicine is available over the counter and usually relieves the pain within 2 to 3 days. However, this medication usually gives diarrhea after a couple of doses and care should be taken not to exceed the maximum daily dose.

A class of medications known as NSAIDs are often used to manage the pain and swelling in the joints too. Common NSAIDs are ibuprofen and diclofenac which are readily available in the OTC section of any pharmacy.

Corticosteroids such as Prednisone can be prescribed by a doctor to help with the inflammation and pain as well.

For people who get recurrent gout, long term treatment is initiated once the symptoms have subsided. Medicines such as allopurinol can be prescribed that block the production of uric acid in the body. Complications of mismanaged and recurrent gout include severe degenerative inflammation, fractures in joints affected by the urate crystals, kidney stones as well as increased susceptibility to infections. It is therefore best to treat symptoms as they appear and to make lifestyle changes to avoid irreversible damage to the joints and the kidneys.

What can you do to prevent repeat attacks?

Curvy Scorpio: Dating during a Pandemic 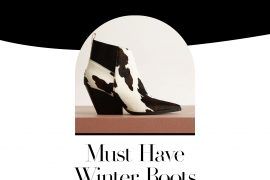 MUST HAVE WINTER BOOTS