a place of perfect peace and happiness, like heaven. In Buddhism, nirvana is the highest state that someone can attain, a state of enlightenment, meaning a person’s individual desires and suffering go away.

Hello and welcome to Woman-ish.

An all-around feel-good, lifestyle blog that focuses on self-love, self-discovery as well as women empowerment. *cue Destiny’s Child – Independent Women*.  I chose the name Woman-ish because I want all women to revel in their own definition what a woman should be. It won’t be all sunshine and roses because let’s face it, being a woman is hard. Period.

As a 28 year old, coloured, career woman, I take pride in always giving 110% at work as well as when it comes to raising my very active but adorable 2 and a half year old son. Even though this keeps me quite busy, I sometimes even push my luck and attempt having a social life. Ambitious, I know. But the truth is, with so many hats to wear, it is only natural that I feel guilty at times. It always feels like I am giving too much attention to one thing and not enough to another and while practicing a healthy work/life balance is already tiring as is (honestly, half of the time I feel like I have no idea what I’m doing); still having to worry about your safety and wellbeing as a woman in this city becomes borderline exhausting.

My friend, Cheslyn and I usually have lengthy conversations about what it means to be a woman in modern day Windhoek and the daily pressure we are constantly under simply because we exist. The most recurring dialogue circles around how we are always automatically ten steps behind our male counterparts and how it stems from the patriarchal values instilled by the generations before us who assigned superiority to the man instead of the woman in all spheres of life.

For years, gender roles have always been black and white. Women have always been the homemakers and men have always been the breadwinners, but nowadays gender roles are fast becoming something of the past. We see more women bringing home the bacon, opting against marriage and choosing not to have children and everyone is shooketh! But this you already know. Here is a little something you might not – women want autonomy and ultimately we want to level the playing field. Key word “Level the playing field” not “Take over the entire game”. Now this is where a lot of the confusion starts.

There is still a lot of controversy when it comes to feminism in our country and there are many nuances to feminism. The word itself has gotten such a bad reputation and many people still don’t know what it is and how it impacts their lives but I will give you a full run down on this in the coming features.

For now, let’s circle back to our Feminist Nirvana, shall we?

What is a Feminist Nirvana, you ask? First off, it is not an actual place but rather a state of existence. In an article by Barbara O’Brien titled “Nirvana and The Concept of Freedom in Buddhism” she writes that “Nirvana is beyond space and time, and so language is by definition inadequate to discuss it. It can only be experienced.”

In an ideal world, I picture all women experiencing perfect peace of mind, happiness and being able to just exist in unison without any judgments.  Where women can be whoever they choose to be and not have to justify their existence and choices to people who won’t try to understand it.

I envision all women being able to experience something as innocent as taking a walk down the street without fear of being catcalled, assaulted or abducted and sold into human trafficking. If the last part scared you a bit, read it again, because it should.

We read about new cases of sexual assault, abduction and gender based violence every day.

At this rate, my daily mantra has become a running list of subconscious things I do to avoid any type of harassment.

“Don’t go out running too late or alone.”

The sad reality is that even if I apply these rules religiously to my routine, I’m still at risk.

We live in a world where we are fundamentally telling women that they have to adjust their lives in order to accommodate life-threatening situations. So, please, save us the victim-blaming and acknowledge that the problem is not our lack of cautiousness.

I did warn you that it won’t be all sunshine and roses and while there is never really a right time to speak on the things that affect us, now is as good a time as any. So whatever you want to call it – fighting for women’s rights, advocating for gender equality or clutching at the idea of a Feminist Nirvana – we desperately need it. 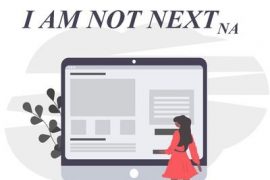 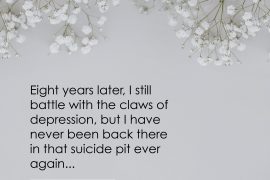